Artist studio and housing in a compact old building in the old city centre of Ghent. Penetrating the light is a challenge.

Intervention in a loft, as a piece of furniture.

De Smederij is an old smithy and a house. A restaurant, a micro brewery and workshop spaces define the new program. A very compact plan, a well-balanced series of materials and a specific construction for the extension are some important elements in this project.

A barn of the late 19th century becomes a multifunctional place. Small interventions are brought together in a precise way (new rafters, wood in the attic, windows in steel and wood, a skylight, …)

A second house for my family and practice.

A house in red bricks and red tiles and with a view on a landscape. A garden following the permaculture principles.

Restoration of a ruin of a mill (15th Century) and intervention with a wood construction. On top of the wooden staircase (helicoidally) there is a timber construction for a floor and a roof.

The extension on the roof starts a dialogue with the modernistic architecture of the house. There is an explicit choice for a similar and sober materiality, a series of technical details and the idea of a balance of a new volume constructed with two kinds of planes (windows and roof) and an old massive volume.

The result is a cottage on a roof.

A grocer and two apartments are situated on an angle. It is a small irregular plot. The challenge was to combine shop, circulation and two flats. This has led to a specific shape of the roof. The facades are seen as a dense layering of light and dark grey bricks.

The existing volume is perforated by two black boxes. This intervention creates space on the first level. Bathroom and reading room are organized on the first floor and living and eating on the ground floor. The materiality is characterized by the existing brick and some small new interventions such as rubber for the black boxes and steel frames for the windows.

The decision by the city of Gent to establish its department of culture in an old warehouse on the river Leie was intended as a bold statement. By situating it at this particular site, a new axis is created, that runs perpendicular to the main commercial axis in the city centre. In order to ensure that the architecture communicates directly with the city, an explicit language of forms was used. The new bay windows on the roof level facing different directions, and the transparency of the ground floor layout are intended to stimulate this communication. It was our explicit choice to open the courtyard to the public and reshape it into a place for people to take a break and rest. Inside the building, a box office was set up on the ground floor. The first and second floors accommodate offices and the third floor is a multifunctional space. What remained of the old warehouse has been restored and put in contrast with the new office interiors and library.

This old house in the Ghent city centre featured a central passage, giving onto two rooms to the right and a staircase, a room and a kitchen to the left. The intervention created a flexible configuration, allowing the ground floor surface to be arranged as either the existing symmetric setting or an open-plan space that is created by folding away the partition walls. When the walls are in place, both rooms look like they did before the renovation, including the wainscoting. When the walls are removed – which is easily done – the living room and kitchen tables can be joined up to form one long table that acts as a physical link connecting all ground floor spaces. The courtyard is tiny. Two extra windows bring light into the house.

To the existing volume, an extension has been added: a wooden box with five backdoors. This intervention is a reflection on the variety of typologies found in extensions and outbuildings added to the backyards of many Belgian dwellings (verandas, sheds, pavilions, barbecue terraces…).
Also, these five doors are a device intended to generate a different use of the volume. There is a kind of tension between the simplicity of the wooden box and the complexity implied by the five doors.
The volume’s wooden structure merges with the interior, where the modulation of wall and ceiling coverings echoes the structure. Sun shading and ventilation are integrated in the areas just above each door.

With the exception of two facades, the house was totally demolished. In the new facades, the new interweaves with the old, serving as a reference to the all too evident demolition of the whole construction behind them, where modulated beams and columns generate a new volume.

This extension provides several sanitary spaces for a town house that accommodates a family with five children. The client is a graphic designer, and the project can be considered as a graphic extension of the house. The wooden cladding is reminiscent of the relief of a copperplate etching. Into the roof, a cupola was integrated to provide the client with an escape from the hustle and bustle and gaze out over the rooftops of the city of Ghent.

This house for a sculptress and her friend is situated in a landscape with a lot of wind, a bit inhospitable. The typology of a local roof silhouette, the ‘mansarde’, was used to create a shelter. By mirroring that silhouette an asymmetrical roof was created.
The house is situated at the border of a typical road. The windows in the roof at the side of the road are fixed on the sky. At the backside they are looking to the landscape.

The spatial concept for this project accommodates a typical suburban context, specifically typologies for small buildings housing several families. The subtle interplay between the old façade and the new one ensures integration into the surroundings. Semi-public functions alternate with private ones behind the various types of windows, as a result of the way circulation is organized within the buildings. The roof silhouettes were inspired by the typical shape of existing roofs in the neighborhood.

A house for my family and practice.

This house has a prefabricated concrete structure. Steel and wood are used for the windows and dark-colored roof tiles create a shell.
The prefabricated concrete structure results in a plan libre. Wooden vertical boards cover the techniques and serve as an extension of the hardwood floors. A slanting rear-end fits to the envelope to fully benefit from the orientation towards the sun.

The home expresses its character through the use of materials. It is an attempt to tell a coherent tale with a minimum of materials. Coherence is obtained by assigning each material its well-determined place. Every material has its place as one piece of a puzzle: tiles, steel, wood outside, wood inside, concrete, natural stone. This coherence is further present in the tactile hierarchy. One will refrain from touching cold materials. The open carpentry is solid wood, framed in steel. Switches are fixed to wooden skirting boards. Feet will always walk on wooden floors or flashed natural stone. Even though one would be reluctant to touch concrete, here the tactility is of a more visual nature. By polishing it, the result will be a soft, velveteen effect, emphasized all the more in the evenings by artificial light. The outside will have the sharp, edgy scale effect obtained by the superposition of the tiles. The shape of the building as a whole will be jagged, unruly. Only by looking at it from closer-up the entrance is revealed as framed in wood.

This place is situated on a large site of a food industrial. The choice for concrete facades in a rhythm frequently used for steel panels is atypical. It leads to an astonishing contrast with the context which is dominated by boxes in white steel panels.
Small long windows are framing the landscape.

This project was part of a ‘Fris in het Landschap’ landscape project. The central element is a 2.5 by 2.5 by 2.5 m module, in a sawtooth-shape. Info modules, bird watch modules and a tower (unaccomplished) were designed to be accommodated within this element. Several bridges were developed as well, the shape of one of which echoes the sawtooth shape…

This is an interbellum house with a nice garden. The first floor, the living room and kitchen was dark, with a lot of walls. A patio and a new glass wall at the back are positioned in a very precise way.  Light, rain, snow are entering the house. The old facade is kept entirely. The view on the garden is well proportioned. All of this is captured in a grid. A particular, somewhat enigmatic grid. Its point of reference are the wooden windows and the steel structure.

The school is be expanded by 1500 m², renovated and partly rebuilt.

Intense cooperation with both the principal’s office and teaching staff has led to a number of ingenious changes, intended to boost the educational project (adding duplex levels leading to outside classes, special playgrounds setup…).
Essentially, this is an amalgamation of a set program with a basic architectural concept. The program was distilled from a wide range of requests put forward and conditions set by teachers, headmasters, parents, contractors, practicalities, the available budget and last but not least: educational requirements. The concept consists of the existing building, a skeleton, a skin, light and technology.
Though this is a basic, classic, clear concept, it is not tired or dull. It was consistently maintained during all stages of planning and execution, to serve as a guideline rather than just a starting point.
This choice of concept had some interesting additional advantages. One standard concept was applied to the whole complex, thus taking the pressure off the budget. It worked as a ‘miracle solution’ to avoid repetition in the plans for the new structure. It provided a challenge, to re-examine familiar traditional ways and confront the unconventional program and its broader context.
This context consists of the typical amalgam of public buildings found in any medium-sized town: a school building dating from the 1970’s and some tennis courts on one side of the street, and on the other side a community centre, an outdoor parking lot, and a youth centre in a building decorated in a style from some forgotten time. In a context such as this, a Euclidian, abstract idea (skeleton, skin, light, technology) seemed the most appropriate solution – not to attempt at integration, but as a confrontational move, to encourage the dialogue between a fragmented context (no uniformity of style) and the abstract architecture of the new build, to present this combination as one well-conceived, rationally designed whole. 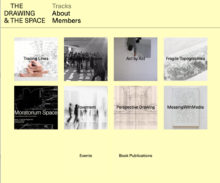 The Drawing and The Space – Research 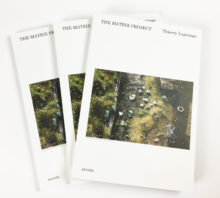 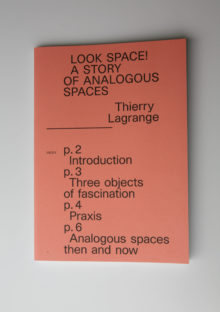